After working for the NHS for more than half a century, Christine Fitzgerald has decided to finally call it a day at the age of 70.

During her time as a nurse in hospitals and in the community, Christine made lifelong friends and has countless happy memories to look back on.

But it so nearly didn’t happen.

“I left school at 15,” Christine recalled. “I always thought I’d love to be a nurse.

“But I got a job in Swansea, and I was really happy.

Main photo above: Christine outside Gorseinon Hospital where she spent many happy years

Christine started her nurse training in Singleton Hospital in late 1970. She also worked in Mount Pleasant and Morriston hospitals before qualifying in March 1973.

“I got married around the same time, and stayed on in Morriston after qualifying.

“Then I came to Gorseinon Hospital in 1974 where I did a lot of gynaecology and surgical nursing.

“As I lived in Gorseinon and we just had the one car, it meant I could walk to work.

“I was very happy there for almost six years.”

Christine gave birth to her daughter in October 1979. The following January, she had a phone call asking if she would return to Gorseinon to cover leave, three nights a week for a month.

She ended up staying there for six years on night duty.

In 1986, with Gorseinon shifting towards elderly care, Christine decided on a change of career direction.

She had always been interested in district nursing and, quite by chance, discovered there were vacancies.

Right: Christine after starting her training in 1970

When she inquired, she was told the closing date was the next day, meaning she had to move quickly to get her application in on time.

“I was successful and started on district in July 1986, as a relief nurse throughout the whole of the sector,” she said.

“I did that for two-and-a-half years and then a post came up to work out of Gowerton Surgery. I applied for the job and got it.

“I loved working in Gorseinon Hospital, but when I went on community I felt I had found my niche in my career.

“It’s so personal. People get to know you and trust you. You deal with anything and everything.

“It’s not only the patients you get to know but their families too.”

Sadly, Christine’s husband passed away suddenly in 1998. Although her district nurse job was not full-time she needed full-time money so got a second part-time job working in continuing care.

A few years later, she studied to gain an extra qualification as an A1 assessor with Gower College.

Then a vacancy arose for a health board assessor for community health care support workers (HCSWs) studying for an NVQ, and Christine was again successful.

She said she thoroughly enjoyed this role and got job satisfaction by helping others, as all the candidates contributed to improving patient care. 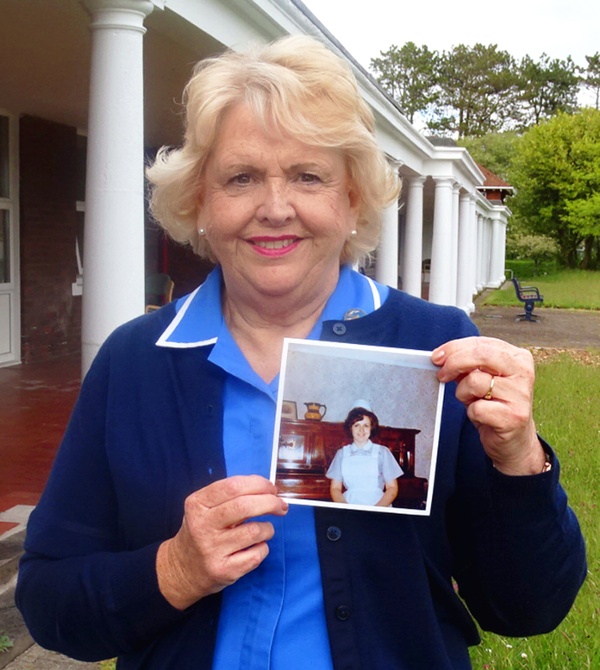 As they gained their qualification, NVQ/QCF Level 3, Chris would organise a presentation event when the head of district nursing would attend to present them with their certificates.

“There were some excellent HCSWs,” she said.

“I encouraged them to continue their learning journey. I supported and guided them with my knowledge and the help of colleagues at Gower College.

“Many of them went on to do their nurse training and a lot of them are now staff nurses and even sisters working in hospitals and within the community.”

In 2012, at the age of 61, Christine decided to retire from district nursing but continued as an assessor as that was a less physically demanding role.

Now, though, she has decided the time is right to retire fully and spend more time with her daughter and two grandchildren, aged 12 and six.

Not surprisingly, Christine – who retires at the end of this month – said she had seen a lot of changes over the last 50 years, some of them for the better but not all.

“I would like to thank the health board for creating the opportunities which I was successful in throughout my career.

“I would also like to thank the college for the help, support and encouragement the tutors have given me, which enabled me to carry out my duties as an assessor.

“I can look back with a smile and a lot of pride and satisfaction. I’ve made lifelong friends along the way. In the early days, when I put on my uniform, I felt proud to be a nurse.”