An extra 21 consultation rooms have been provided in Neath Port Talbot Hospital to help tackle waiting lists exacerbated by the Covid pandemic.

Above: Former Ward G in Neath Port Talbot Hospital which is now Outpatients 2 and home to 21 consultation rooms.

The move has seen Ward G, formerly a mental health ward for older people, undergo a refurbishment to transform the space into the additional outpatient facility. Mental health services for older people were recently transferred to Tonna Hospital, which meant Ward G became available for much-needed outpatient clinic use.

The new outpatient suite is located in a separate building, with its own entrance accessible from car parks, at the back of the hospital. It will initially house urology and rheumatology clinics – alongside phlebotomy as soon as staff are in place. Eventually it is hoped to cater for a wider range of outpatients including neuro rehab as well as supporting spinal, orthopaedics and gastro clinics.

The number of patients awaiting an outpatient appointment across the health board is at an all-time high, with over 56,000 patients waiting for a first appointment at the end of April 2022. 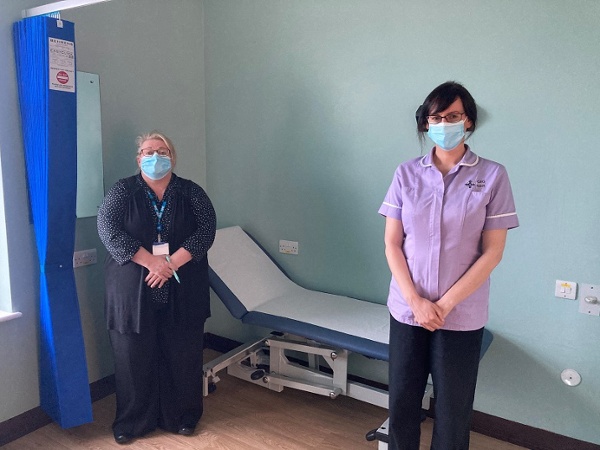 Above: NPT Hospital staff survey one of the new consultation rooms.
The pandemic has contributed to this volume because so many appointments have been restricted over the past two years. The health board has also repurposed a large proportion of the original Outpatient area in Morriston Hospital to support critical services through Covid-19.

The space is now being permanently used for unplanned, urgent care to treat more people quickly and effectively, in line with the Changing for the Future plans which include Morriston as the centre of excellence for urgent and emergency care.

“The move is part of our Recovery and Sustainability Plan which identifies a need to improve and transform the way we deliver outpatient services, harnessing digital technology and patient directed care to reduce waiting lists.

“However, there is still a requirement to see patients face to face and therefore, a number of projects to increase capacity are underway. These include the new outpatients facility in Neath Port Talbot Hospital.

“We are aiming to maximise outpatient potential, and are reviewing accommodation across the organisation to ensure maximum utilisation of space and care is delivered at the right place at the right time.”

She said: “This does not fully re-instate the health board’s pre-Covid capacity but will significantly support specialties in delivering vital outpatient clinics. There are also plans to convert other areas to increase outpatient capacity following the implementation of the acute medical services redesign.

“More than 40 outpatient clinic rooms were re-purposed for other uses as part of the Covid response, so the additional 21 rooms in Neath Port Talbot Hospital offer much needed capacity to help tackle the waiting list.” 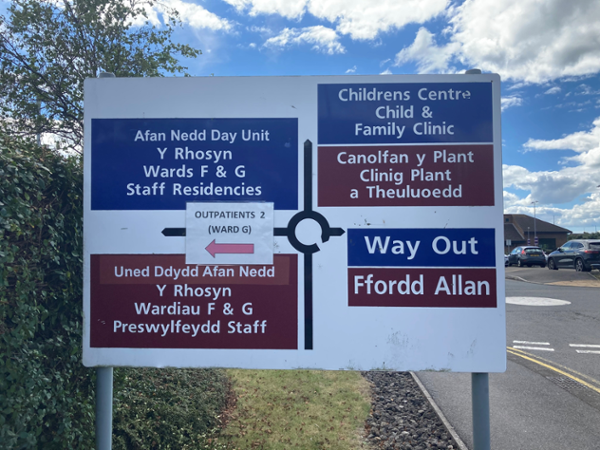 Patients visiting Ward G, now renamed Outpatients 2, are advised to follow external signs for Ward G, whilst new signage is being prepared, and refer to a map on their appointment letter.